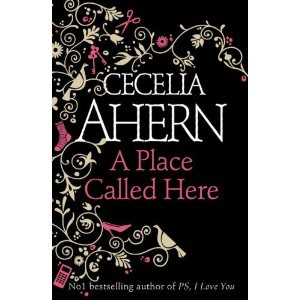 Cecilia Ahern is considered a bestselling author for her earlier novel, PS. I Love You. I haven't read that book but watched the movie version with Hilary Swank as the central character. While the movie was a mushy romantic comedy,I think Cecilia Ahern is a good writer with a knack for telling a story.

Sandy Shortt, a six-foot one, Irish woman from a small town who becomes obsessed with finding things, probably as a consequence of the mysterious disappearance of her classmate and neighbor Jenny-May Butler at the age of 10. Sandy seems to be a complicated person who runs an agency that helps find missing people, after a stint as a cop. She distances herself from her loving parents and is unable to sustain any meaningful relationship with the opposite sex, thanks to her maniacal obsession with finding out where people or even mere objects like socks or toothpaste disappear to.

Then one day, she herself disappears as she embarks on a search for Donal Ruttle, the younger brother of Jack Ruttle, a man unable to live with himself even though a year has passed since his brother went missing. Sandy and Jack don't really meet each other but Sandy's disappearance drives Jack into an intense search that is hard to explain to his family. Bits and pieces of Sandy's life are revealed as she assesses her current "lost" situation with her penchant for finding lost items.

Ahern leads us into a magical place called "Here" which is inhabited by things and people that seemingly drop out of life in inexplicable circumstances. Whether it is lost airline luggage or a missing box of doughnuts, your friendly neighbor or his child, these are the ones whose faces peer at you from newspapers and posters labeled as missing, who live Here. As Sandy spends time among some of the people she has vainly tried to find, she reconciles her irrational obsession with disappearing objects and the significance of loss in the lives of the people who are lost and those that are left behind.

The book is full of interesting characters, both in the real world and Here, many of whom remind you of those you know or parts of yourself that you see reflected in the facets of their characters. But what struck me most were the words at the end of the book where Ahern says, "We all get lost once in a while, sometimes by choice, sometimes due to forces beyond our control. When we learn what our soul needs to learn, the path presents itself."